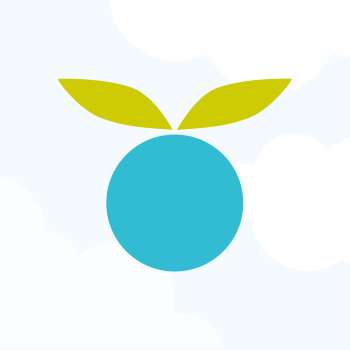 Autumn is a delightful time of year. The air turns crisp, leaves change color, and it's time to cozy up in your woolen layers. It’s also the end of daylight saving time in the U.S. on November 6, 2022 (and a week earlier in Europe, ending on Sunday, October 30, 2022).

That means the clocks move one hour earlier and you’re treated to an extra hour of sleep with the time change — unless you have a young child.

Every year we hear people mention that their toddler did some twilight zone math and instead of sleeping in an extra hour, woke up 2 hours earlier. It only adds salt to the wound to have expected more shuteye, then get robbed of it.

Given Huckleberry's focus on improving children’s sleep, we wondered whether there is more to this. How does daylight saving really affect children? Is there actually a warped effect on them and if so, how can we prevent it?

Why does the time change affect a baby's sleep?

Methods to adjust baby sleep for the fall back time change

Since sleep times are also guided by sleep pressure, it can backfire to suddenly put your child to bed an hour later and expect that they’ll wake at their usual time in the morning. Opting to abruptly move bedtime an hour later can lead to disrupted sleep patterns and early waking.

There is hope! Here are two strategies to manage the autumn time change and minimize disruptions to your child’s sleep:

This is best for babies 4 months and older, children who easily get overtired, early risers, and/or parents who like to plan ahead.

For each of the 4 days before the clock switches over:

This is best for children who don’t get overtired easily and are aged 1 year and up.

For each of the 2 days before the clock switches over:

Does adjusting your child’s sleep for DST pay off?

We looked at a data set of about 2,000 children from across the U.S. and Canada. This data set was pulled from our company’s user base (we have a tracking app and pair pediatric sleep experts with AI to create custom sleep plans for children). We then examined how children were affected by the previous year’s time change.

44% of parents corrected for the daylight saving time change by putting their children to sleep 30 minutes or later than usual the night before. That’s pretty good.

However, 34% of children end up waking 30 minutes or even earlier than usual in the morning after DST. For example, if a child usually woke up at 7:00 AM before the time change, they ended up waking at 6:30 AM or earlier, even with parental adjustment. This was more pronounced for toddlers and preschoolers than for babies (40% vs. 32%).

Furthermore, 18% woke an extra hour or earlier, according to the “new” time on the clock.

So while the majority will wake up either close to their usual time or even sleep in, there’s still a solid one-third of families who should not expect any extra slumber.

The takeaway is to still take steps to adjust for the end of daylight saving time, so your child doesn’t get stuck in an early waking cycle. However, don’t be disappointed if you miss out on the extra hour of sleep because you’re in good company.

Usually, though this depends on how strong the baby’s internal clock is and whether parents make efforts to shift their child’s circadian rhythm. It’s common for children to wake early after the fall back time change.

Q: How long does it take for babies to adjust to daylight saving?

It can take about a week for a baby to fully adjust to a time change, though some need several weeks to fully acclimate.

Q: Can you adjust a newborn’s sleep after DST?

These tips work best for children who are at least 4 - 5 months old and have a fairly regular sleep schedule. Since newborns don’t have a fully developed circadian rhythm, their sleep patterns are governed mostly by sleep pressure, rather than their internal clock. As a result, their sleep tends to be less predictable as seen in the newborn sleep schedule.

Q: How do you adjust your baby’s sleep for fall back time change differently from spring forward to the time change?

The fall time change involves shifting your child’s schedule later, which means moving sleep and meal times later. When clocks move forward in the spring, you’ll need to shift meal and sleep times earlier if you want to maintain their current schedule. However, the spring-forward time change can also present a great opportunity to correct an early rising schedule.

Q: My baby is waking early after daylight saving ends. Is that normal?

Yes, it’s common for babies to wake early after the clocks change in the fall. Since their internal clock doesn’t yet match the “new” time on the clock, they’ll likely continue to wake early until they adjust to the time change. Keep it dark until your desired morning rise time, and expose them to bright lights before their bedtime routine, to help your baby adjust to the time change.

Back to school sleep schedule & tips

3 Tips for parents having sleep troubles during the pandemic

How to adjust your baby’s sleep for fall daylight saving time change in 2022
Sleep Training Complete Guide
Cry it out method (aka extinction method): Is it right for your baby?
Purees: A complete guide to first foods
Eggs for babies: When can babies eat eggs?