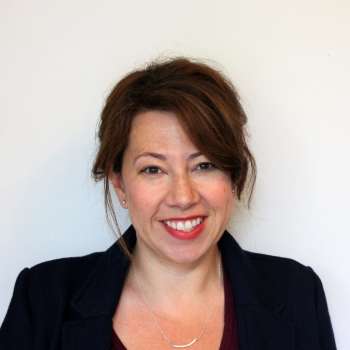 As babies grow into toddlers, they’re able to stay awake for longer periods and only need one nap per day. If your baby’s two-nap schedule has gone from predictable to erratic, you may be wondering if it’s time to drop a nap.

Fortunately, we’ve been there and we can help. Consider this your ultimate guide to handling what many parents deem the most challenging nap transition of all.

When do babies make the transition to one nap?

Most children are ready to fully transition from two naps to one nap around 14 - 18 months old. Once the nap is dropped, they’ll need to be able to comfortably stay awake for at least 5 hours before and after their one remaining nap.

That said, it’s common for babies to start outgrowing their two-nap schedule after their first birthday. It’s also common for daycare providers to transition children to a one-nap schedule around 12 months of age.

Some babies are able to successfully make the transition on the earlier side, while other toddlers will sleep better when the nap is dropped on the later end. We often find that children who sleep really well at night tend to drop the nap on the earlier end of the average range.

The transition period often takes a few weeks; however, it depends on the readiness of the child. If a child is transitioned to a one-nap schedule before they’re ready, it will take them longer to adjust.

As wake windows lengthen, toddlers will need more awake time before each sleep period. This means the first nap is shifted later and the second nap is phased out all together. The one remaining nap should be in the middle of the day.

Ideally, there will be about 5 hours on either side of the nap. It’s common for the nap to be short at first and then eventually lengthen to 2 - 3 hours long.

Here are some examples:

Signs that your baby is ready to transition to one nap

As a toddler gets closer to dropping a nap, it’s common to see the following signs:

If your child is regularly getting less than 10 hours of sleep per night on a two-nap schedule, transitioning to one nap may help lengthen night sleep.

Strategies for managing this transition

During the transition period, it can be tricky to figure out when to offer naps! There’s no one-size-fits-all solution, and the way your baby transitions to a one-nap schedule may look differently for a friend or family member’s baby. While sleep might be bumpy for a few weeks, keep in mind that this is temporary as your baby adjusts.

Here are some options to consider:

Around 12 months of age, it’s common for babies to need more awake time in order to fall asleep and stay asleep. That doesn’t necessarily mean they’re ready to drop a nap. Their  3 - 3.5  hour wake windows may need to be extended to 3.5 - 4 hours long in order to build sufficient sleep pressure.

Rather than drop a nap prematurely, we find that many children will sleep better with longer wake windows. Here’s what that might look like:

Some children can handle an immediate adjustment to a one-nap schedule, with the morning nap being moved to the middle of the day and an earlier bedtime. This tends to be true for children that are already awake 4 or more hours in between their morning rise time and their first nap and are showing consistent signs that the two-nap schedule is no longer working well for them.

This is what a one-nap schedule of a 16 month old might look like after consistently refusing the second nap of the day:

A gradual change can be a better fit for toddlers who are on the younger side to drop a nap but showing signs of readiness — or for those who get overtired pretty easily.

Start by moving the first nap later by 15 minutes every few days. While your baby’s first nap is before mid-day, you may need to offer a shorter catnap in the afternoon in order to help them make it to bedtime without becoming overtired. If your baby doesn't nap when you offer the catnap, they’ll need an early bedtime, but no earlier than 6:00 PM.

As you move the naps later, night sleep may be shortened on a temporary basis. After transitioning fully to a one-nap schedule, we’d expect night sleep to lengthen. Once the first nap is close to midday, you can move it to 5 hours after the morning rise time (but no earlier than 11:00 AM) and phase out the second nap.

While in the midst of the nap transition, a toddler may be able to comfortably handle a few consecutive days with just one nap. However, overtiredness can build up over time and lead to sleep difficulties. To cut down on overtiredness, it can be helpful to flip-flop between one-nap days and two-nap days as your child gets used to staying awake for longer periods.

This is a good option if your baby is being transitioned to a one-nap schedule at daycare before they’re ready or they seem to be getting really overtired from the nap transition. Offering two naps every few days — or just on the weekends — can help “reset” the sleep pressure that will build up as they adjust. If the second nap doesn't happen, you should continue to offer an earlier bedtime to keep your child from getting overtired.

It’s also normal for the one nap to be shorter at first. Consolidating day sleep can take time and patience! You might find that some days your child will need one nap, and others they will need two.

Two to one nap transition FAQ

Q: Is 9 months too young to transition to one nap?

Most children aren’t ready for a consistent one-nap schedule until at least 14 months of age. While some children successfully make the transition earlier, it would be unlikely that a 9 month old would be able to get the sleep they need on a one-nap schedule.

Q: How can I tell the difference between nap transition readiness and the 18 month sleep regression?

Sleep can regress for various reasons — at any age. If your child is showing signs of readiness to drop a nap, and is the right age, there’s a good chance they need a schedule adjustment. If your child is having other sleep difficulties, it’s possible other factors are contributing. You can read about the 18 month regression here.

Q: What are the risks of transitioning to one nap too early?

When children drop a nap too early, it can lead to significant overtiredness (which can make it harder to fall asleep and stay asleep). As a result, it’s common to see increased fussiness, waking at night, and early waking in the morning.

Q: My child transitioned to one nap, but it’s so short. Is that normal?

It can take a week or more for the nap to lengthen. Be sure to try to extend any naps that are under 2 hours. If the nap doesn’t lengthen to at least 2 hours after a week or so, toddlers can start to get quite overtired. This may also result in a habit of very early bedtimes, which can then result in a split night or early rising.